Flybe has selected the Embraer 195 to replace its fleet of BAe 146s, placing an order for 14 examples of the 195, with another 12 on option. Deliveries of the 195s are scheduled to begin in August 2007. Flybe has long been seeking a replacement for its BAe 146s. In 2001, when it was still known as British European, it had placed the launch order for the Avro RJX-100. BAE Systems’ abrupt cancellation of the RJX later that year forced it to re-open its search. Earlier this year, Flybe looked set to lease several former Turkish Airlines Avro RJ100s, but this time it was the airline that abruptly cancelled the deal. The reasons for that cancellation are now evident. As launch customer for the Embraer 195, Flybe undoubtedly received very attractive terms from Embraer. The 195 will provide Flybe with both greater range and greater capacity, but it does have limitations as a BAe 146 replacement. It will not be able to operate into London City, nor even into Guernsey. The Embraer 195 had originally been launched by Crossair as a replacement for its Avro RJ100s. That order looks very unlikely to ever be delivered, however, as Crossair successor Swiss has repeatedly postponed it. 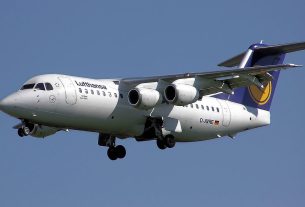 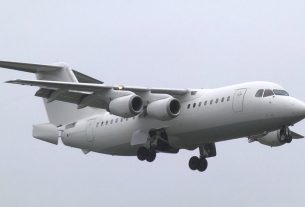